Both Instruments use 4 advanced monophonic Sequencers to control 4 Synthesizers. Any sequencer can target any or all of the synths making it a very flexible system. It uses 12 Patterns which hold all Sequencing data which are switched either by using the GUI buttons, or a dedicated Octave on your Keyboard (shown in red on the Kontakt Midi Keyboard Display). The idea is that you perform these patterns using this switching to create unique and complex Sequences easily. The Scale Remapper, automatically re-pitches so that Sequences always align with the Scale and can be used Globally or use a different Scale for each pattern. 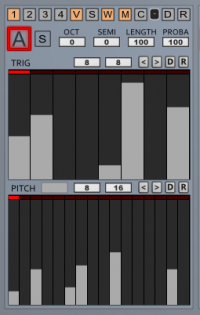 Each of the 4 Sequencers use a Trigger sequencer which determines when notes are played, anything above zero will trigger and additionally the value used can sequence Velocity, Sample Start or Waveform IDs or any combination. There is also a Pitch sequencer which has it’s own step length and frequency for creating syncopation. It has it’s own internal preset system like all other HGS Kontakt Instruments as well as a sophisticated Randomization system for easily generating Presets even at the global level. Finally there is an FX section which has a Modulator (Chorus, Flanger or Phaser), a Tempo delay and a Reverb with 50 Impulse Responses.

The Pro version has a few extra features as well as mostly different Sample Content. Succession uses mostly standard Rompler style waveforms with a single bank of Morph Sounds,on the other hand Succession Pro uses only Morph type sounds which crossfade between various sound sources for a rich and diverse palette of possibilities. Every effort was made to make both instruments unique from each other so that they both stand in their own right.

Succession Pro has also been developed to have serious Drum Machine capabilities using 5 banks of 127 one shot drum hits. Alongside the 4 Banks of Morph Sounds they can be combined to produce almost endless interesting sequences. 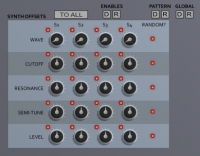 The other standout feature of Pro is the addition of Synth Offsets. Every pattern has it’s own set and they can be used to offset various values of the 4 Synths. The supported parameters are Waveform, Cutoff, Resonance, Tune and Level. They are a powerful feature and can be used to transform the same underlying pattern in many different ways.

Also Included as a bonus is Continuity Pro, a 4 Layer Pad synth using the Synths and Samples from Succession Pro:

Here is a guide for the original Succession, this guide is relevant to Pro too, I will be making a followup to cover the additional Pro features:

Be the first to review “Succession Pro” Cancel reply 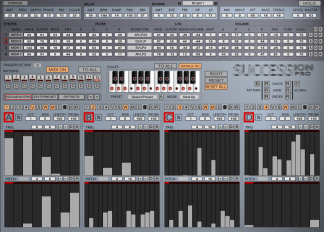 You're viewing: Succession Pro $19.99
Add to cart
This site uses some necessary cookies for the operation of the shop. Additionally cookies are used by Youtube and Soundcloud for their embedded players. By clicking “Accept” you consent to the use of these necessary cookies.
Cookie settings ACCEPT
Manage consent